Michael is an innovator, researcher and commentator recognised as one of Australia’s leading voices in cyber security. Michael is the CEO of Security in Depth, a global company founded on Cyber Security research providing Cyber risk management strategies and support to organisations around the world. Michael has been involved in leading edge cyber security research as well as developing innovative new products including: Cyber Assurance Risk Rating (CARR), Candiru – simulated cyber-attack solution and GuardMyID focused on identity protection.
In a previous life, Michael led teams at Oracle, Gemalto and Volante, has worked with Governments and business around the world on leading identity and security solutions. Sheridan is passionate about helping people be their very best selves. She believes in putting people at the heart of the design process and inspiring better ways of working by harnessing technology, space and partnerships. With 20 years experience in technology and commercial real estate, Sheridan leads the technology function for Charter Hall – one of Australia’s leading property and fund managers – where she focuses on driving greater productivity, improved insights and engaging experiences for the group’s employees and customers. 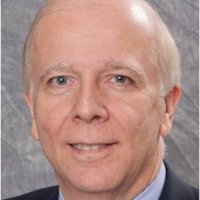 His research enables clients to create preemptive business and technology strategies grounded in sound financial practices and a comprehensive understanding of competitive ecosystems. He empowers IT leaders to deliver strategically-aligned organizational development and talent management plans. A skilled executive coach and change agent, he works with clients to foster executive intrapreneurship in enterprise-class organizations. 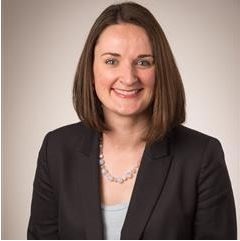 Ursula describes herself as results oriented, people focused and passionate about the role of IT to innovate, enable business growth and improve work-life quality.

Ursula has a diverse range of strategy and delivery experience spanning consulting, government, FMCG, retail and transport and is at home in today’s complex, multi-geography, multi-provider environment. Ursula moved in August last year to the Real Pet Food Company as Group CIO. Ursula is driving the digital transformation at the Real Pet Food Company in support of their aspiration to be a Top 5 Global Pet Food Business by 2022.

Ursula holds her leadership principles of empowerment, inclusivity and recognition very close to her heart. She is an active mentor and advocate for STEM skills development and is committed to the continual development of herself and others. Roisin Parkes inherited her fascination for technology and the way things work from her father. Her passion for innovation has helped carry her through her 20-year career in the technology sector.

Roisin believes that technology’s underlying purpose is simply to make people’s lives easier and throughout her roles across Europe and Australia she has also witnessed its important role in bringing communities together.

As the Chief Technology Officer at Gumtree Australia, Roisin is responsible for leading Gumtree’s technology strategy and operations, driving the business forward in our purpose of growing a community marketplace where all Australians can prosper.
Roisin was named in CIO50 for 2017. Julie Canepa is responsible for driving strategy to enable business & IT alignment in terms of growth, productivity and user experience across Cisco’s IT service portfolio and for enabling digitisation through IT initiatives in Australia and New Zealand.
Julie has been in the IT industry for 20 years developing practical experience working in a variety of global and regional leadership roles. She has held several IT leadership positions at Cisco specialising in sales, commerce, supply chain systems and operations. Key initiatives include global ERP initiatives, Cisco Commerce solutions, CRM, customer insights and user experience in a mobile first, and as-a-service framework. Her strong commitment to operational excellence and aptitude for partnering cross-functionally has resulted in great synergies between business and IT.
Julie is an active member of her community with special interest in promoting STEM education as a CSIRO primary school mentor and championing women in technology. She is also passionate about raising awareness for Childhood Cancer initiatives. She resides in Sydney, with her husband and 3 children. 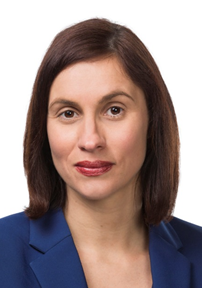 Nicola has held a number of roles that drive strategic change and transformation, from strategy development and execution, where Nicola has lead the development of very successful corporate and operational strategy delivery in the fast moving consumer goods sector including Unilever, BAT and Pacific Brands, through to large scale system integration where Nicola was the Technology Director at Sydney Trains implementing the Enterprise Asset Management SAP system.

Nicola has a strong finance background, as a chartered accountant and has held positions as divisional CFO, for GrainCorp’s trading business, where she supported the strategy work related to the Archer Daniel Midland (ADM) takeover and significantly transformed the trading business into a 24/7 global operation.

Nicola holds a Certificate IV, in Training and Assessment and is a Associate Director of FinanceTalking Ltd, a global financial training company, specialising in training non financial people in financial concepts

Nicola is currently a board member of the CIO Executive council and is passionate about enabling strategic change with leading edge technology applications. Byron Connolly is a highly experienced technology and business journalist and editor with 20 years’ experience. As the editor-in-chief of CIO Australia he is responsible for commissioning, writing and editing content that appears on www.cio.com.au, published by IDG Communications – Australia. Byron also facilitates roundtables and conferences for senior IT and business executives and creates content from these events.

Prior to this role, Byron was a senior writer and editor at Editor Group, a Sydney-based corporate writing agency, where he produced editorial material for some of the world’s top technology and consulting companies. Ravinder joined Accor Hotels as IT Systems Administrator in 2010 and quickly transitioned to various Infrastructure Technical Team Lead, IT Operations Manager then as Manager IT, Service Delivery roles over the past 9.5 years before moving on to other ventures, Ravinder is currently working as Business Applications Manager at Voyages.

Ravinder graduated from Australian Catholic University with a Master’s in Information Systems and a Bachelor’s degree in Advertising & Marketing Communications from Osmania University (India). He commenced his career in the IT Managed Services industry working for Prologic Technologies, gaining specialized experience in help desk, technical support and IT managed services.

Ravinder is particularly interested in setting structure on daily Service Delivery, IT Operations, and Tasks & IT services with BAU support, server consolidation & centralization. Eliza is a keen marketer and strategist. Over the past year, she has built GitHub’s marketing function from the ground up across the APAC region.

Drawing on her unique career progression as a chef, personal trainer and founder before leaning into the technology sector, Eliza leads strategy ideation and execution; cultivating adoption, growth, strategic alliances and supporting community initiatives as well as broadening GitHub’s brand across unique emerging and established markets.

GitHub is the developer company making testing and deployment second nature for its 33 million active monthly users on over 100 million projects worldwide. Deepinder Singh Uppal was an Assistant Division Director, Chief Innovations Officer and Chief Data Steward for the Michigan State Police. In this role, Deepinder conceptualized, co-designed, and led project teams to implement the first integrated, hybrid environment for the State of Michigan’s large-scale data integration initiative. He expanded the scope of this project to include external State and Federal Agencies on behalf of the Traffic Records Coordinating Committee (TRCC 2017, 18, 19) and was thereby able to provide Legislative Guidance on Roadway Conditions, Vehicle Regulations and Crash Prevention Activities. Additionally, he has innovated on numerous State and Federal projects to provide legislative insight into Data Governance, IoT: Smart City Initiatives, and the application of Artificial Intelligence to State and Federal Threat Analytics portfolios. As the Chief Innovator for an enterprise level agency with over 3000 members, with State-wide mandate, Deepinder created new features, updated visual elements, expanded repositories and enhanced data flow for numerous applications responsible for big data visualization for law enforcement, and partner agencies to include, ‘MI-Search,’ ‘MSP Snapshot’ and ‘MSP’s Dashboard,’ ‘TRCC Toolset,’ ‘Tactical Toolset,’ and various other reporting applications. 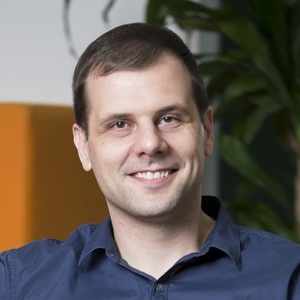 With over seventeen years’ industry experience, David joined Dell Boomi in June, 2015 as their first Solutions Consultant to be hired in APJ. As well as focusing on building high performing pre-sales teams across APJ, David works with customers to help them realise business transformation by solving their most challenging connectivity problems. David specialises in Integration and API Management.

Before joining Boomi, David was Solution Consulting Team Lead for MuleSoft in APJ, where he led a team of pre-sales engineers across offices in Sydney, Singapore and Hong Kong. Prior to this David was a Technical Sales Engineer for Eurotech in the UK and a Software Design Engineer for New Zealand based 4RF Communications. Jennifer O’Brien has worked in IT journalism, covering the reseller market since 1997 in her home-town of Toronto, Canada. Prior to IT reporting at Computer Dealer News (working as a journalist, section editor and associate editor), O’Brien worked as a journalist, reporting on occupational health and safety and environment news for one of Canada’s top publishing houses, Southam Communications.

After graduating with an Honours Degree in Journalism and English from Carleton University in Ottawa (and scooping internships at both the Ottawa Sun and the Ottawa Citizen), O’Brien set sail for Europe and clinched an internship at a community newspaper in Belfast, Northern Ireland. She wrote local news, produced a series of features on religious leaders and local churches, and wrote profiles for the Ulster Star in Lisburn.

In 2003, O’Brien ventured to Australia, looking for adventure and a “life change,” after reporting and editing at Toronto-based CDN for six years. While her original plan was to travel and do temporary work, she knocked on the door of ARN – and given her Canadian reseller experience – was offered a contract position as a news journalist. After covering the market for several months, O’Brien moved into the features editor post, a role she held for four years. She then went on to clinch the associate editor role, a title she held from 2010 until 2016, with a major emphasis on event speaking, hosting and moderating, as well as large-scale content and event coverage.

Today, O’Brien has moved across to IDG’s enterprise division and is associate editor of CIO, CMO and Computerworld. 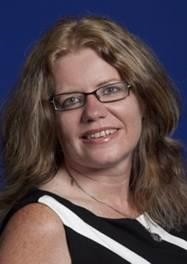 Commercially valuable combination of technical and soft skills: coming from a base of leading edge technology; acumen to liaise with senior management up to and including VP level, leadership, creativity, cultural transformation, building L & D programs to align with business strategies and deliver ROI to the organization’s P&L. Peter is the Asia Pacific Regional Director for RingCentral. Prior to joining RingCentral, Peter. was with Cisco for 16 years where he led a global team responsible for establishing new routes and channels to market for Cisco’s cloud collaboration solution. During that time, he expanded his role from Director of Sales for Australia and New Zealand to Director of Sales for Asia Pacific and ultimately to Director of Global Sales. Prior to Cisco, he served for seven years as national sales manager, Australia for the Siemens Hicom communications platform.

Peter has a wealth of experience working in the IT industry for over 30 Years. Before moving to Australia in 1995 Peter held positions with British Telecom and GEC Plessey Telecommunications in the UK. 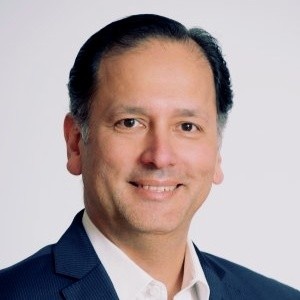 He has held senior management and executive positions in enterprise sales, marketing, digital management, communications and business operations at IBM, Telstra, UXC Connect (now DXC Connect), Australian Institute of Company Directors and SAS. He is one of the region’s most digitally connected business strategists and a recognised thought leader in digital and innovation business initiatives.