New material could be used in smaller, faster electronic devices in the near future 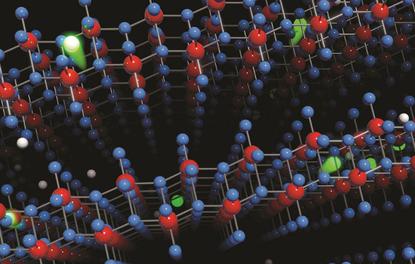 Scientists at the CSIRO and RMIT University have discovered a new two-dimensional nano-material that could pave the way for the creation of even smaller computing devices that offer big improvements in processing speed.

The material is made up of layers of crystal known as ‘molybdenum oxides’, which have unique properties that encourage the free flow of electrons at ultra-high speeds.

Speaking to CIO Dr Serge Zhuiykov, a scientist at the CSIRO, said the team had created layers of material as thin as 10 nanometres, significantly thinner than the current electronic industry benchmark of between 20 and 30 nanometres for silicon-based chips.

Researchers created this new conductive nano-material using ‘graphene’, which was developed in 2004 by scientists in the UK and won its investors a Nobel Prize in 2010. Although graphene supports high speed electrons, its physical properties have prevent it from being used for high-speed electronics.

The researchers used a process called ‘exfoliation’ to create the thin layers of material. This material was manipulated to convert it into a semiconductor and nanoscale transistors were then created using molybdenum oxide.

Dr Zhuiykov said the material – made up of layered sheets similar to graphite layers in a pencil’s core – provides a unique structure where electrons can be transferred at high speeds with minimal ‘scattering’.

RMIT professor Kourosh Kalantar-zadeh, said that instead of scattering which they hit ‘roadblocks’ in conventional material, they “simply pass through this new material and get through the structure faster.”

“Quite simply, if electrons can pass through a structure quicker, we can build devices that are smaller and transfer data at much higher speeds.”

Dr Zhuiykov said that mobile phones that use this technology, for instance, will be smaller in size and also provides instant downloads from the Internet because the capabilities of the electronics will be much greater.

Dr Zhuiykov could not predict potential increases in processing speed as a result of the discovery.

“This material is at the proof-of-concept [stage] – we have created a prototype of measured all of the characteristics, which were quite impressive” he said.

It may be a few years before the technology can be licensed to electronics hardware manufacturers, he added.

The CSIRO and RMIT also worked with researchers from Monash University, the University of California – Los Angeles, and the Massachusetts Institute of Technology on the project.