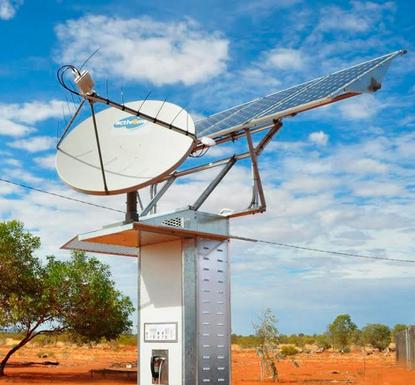 The Department of the Prime Minister and Cabinet has tendered for a supplier to maintain and monitor 301 WiFi telephones and 245 community payphones that deliver services to indigenous people in 300 remote communities across Australia.

The Wi-Fi telephones use VoIP and connect to the Australian phone network using geo-stationery satellites. The phones are solar-powered and include large batteries that are independent of mains power, allowing them to run on stored energy for four or more days.

Under the proposed three-year contract, the supplier will maintain the phones, which are located in remote Australian indigenous communities in Western Australia, the Northern Territory, Queensland, and South Australia.

Existing supplier arrangements – which are being delivered through contract with separate service providers – expire on June 30. The government said it was looking to streamline activities by contracting a single service provider for all services under a new three-year contract.

The Wi-Fi phones – which are free standing or building-mounted and use 1.2 metre and 1.8 metre satellite dishes – have been designed so they are not affected by extreme weather events, such as cyclonic conditions (winds up to 135kph).

The supplier will provide at least 6020GB of data each month (at least 20GB per site), including the potential for the government to pool this usage in future to service populations with heavier use, the tender documents said.

Wi-Fi services will have minimum upload speeds of 1Mbps and download speeds of 256Kbps. The supplier will also need to provide a content filter – accredited by the Australian Internet Industry Association – to prevent access to illegal or offensive material.

The infrastructure has been rolled out under the government’s Indigenous Advancement Strategy, Remote Australia Strategies Programme, which supports the building of infrastructure, telecommunications and housing in remote indigenous communities. This is part of a $4.8 billion program to improve life for Aboriginal and Torres Strait Islanders Australians.