Digital economy now worth 5.1% of GDP 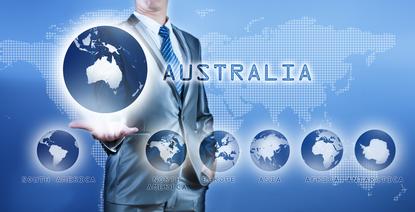 Australia’s digital economy is now worth $79 billion or 5.1 per cent of GDP, making it larger than traditional industry sectors such as agriculture, retail and transport, according to a new Deloitte report.

In fact, it’s now 50 per cent larger in real terms than Deloitte estimated for its Connected Continent report in 2011.

The latest Deloitte Economic Access report – prepared for Google Australia – also forecast that the digital economy will be worth $139 billion by 2020, delivering $75 billion in consumer benefits, and 450,000 ICT jobs (4 per cent of total employment.)

Ric Simes, a Deloitte Access Economics partner and the report’s co-author, said in 2011 Deloitte estimated that the Internet contributed about $27 billion in the form of increased productivity in Australian in one year.

“Using an updated model, we now estimated that the economy was about $45 billion bigger in 2013 than it otherwise would have been because of the productivity impacts of digital technologies.”

The report also looked at how businesses are using digital and social media to connect with their customers and also drive internal transformational change with the next wave of related technologies such as the cloud, data analytics, and machine-to-machine technologies.

“The digital economy is changing from being a standalone industry to being embedded in businesses across the country,” he said.

“Higher productivity means Australia has greater output for its inputs to production via the likes of increased competition, reduced prices, greater business efficiencies, and innovation for better goods and services.”

Google Australia’s MD, Maile Carnegie, said it’s getting harder to separate the digital economy from the rest of the economy. He said this is a positive because it means technology is being embraced everywhere from healthcare to education, and from agriculture to government service delivery.

“The challenge now is to ensure that we don’t take our foot off the accelerator because the health of the digital economy will be critical to Australia’s future prosperity,” he said.