"It’s not easy for a CIO to become a bigger thinker when trapped within the political and uncreative shell of their existing enterprise." 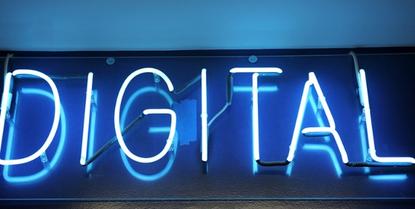 Many companies are struggling to find a strong digital business direction and lack a "breakthrough ambition” when creating strategies.

“Simply put, executive teams need to be thinking bigger and the CIO needs to help take them there,” the authors explained. “However, it’s not easy for a CIO to become a bigger thinker when trapped within the political and uncreative shell of their existing enterprise.”

Under a suggested CIO resolution – ‘I will build my industry’s digital vision – the researchers said CIOs should elevate their point of view and think about how their industry could or should change.

“Then it is much easier to see how their own enterprise might fit into that. For example, ‘What is the digital future vision for higher education rather than my university? Or what would digital healthcare look like rather than my pharma company’.”

The researchers suggested CIOs create a high-level digital industry vision document or deck for their particular market sector; reach out to other IT chiefs in their sector to share ideas; and create a small consortium or think tank.

Meehan and Raskino highlighted that technology-related transformations inside larger enterprises – such as e-commerce and ERP consolidation programs – are not an overnight process and often take almost a decade to play out.

“Digital transformations will be like this too – they won’t happen in 18 months,” the researchers said. “You have to be in it for the long haul, you have to bring people with you on the journey.”

They said the journey “should not be perceived as an endless, exhausting march," they said.

“There needs to be a sense of ‘stepwise’ achievement that looks back at its foundations, and revitalisation that looks forward to the next horizon. Help yourself and everyone around you by creating the high-level story arc of digital transformation in three major stages or acts.”

Each stage runs for two to three years, showing recent digital history, where you are leading next, and a future visionary stage, they said.

Meanwhile, Raskino and Meehan said that CEOs are appointing chief digital officers (CDOs) to fulfil a change management need but the CDO is not likely to be a long-term, enduring C-suite role.

“Digital officers will reshape the enterprise strategy, culture and capability for the digital age. When they eventually depart, other C-suite roles will have grown and changed. CMOs, COOs, product development heads and CIOs will all become more digital.

“Yet many CIOs are dragging their heels and changing too slowly. That puts them and their enterprises at risk. Gartner has observed too many examples of CIOs who really believed they were ‘doing digital’ but end up losing their jobs because their CEOs concluded they were unable to give up enough of the old day job,” they said.