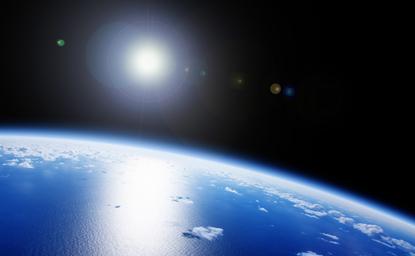 Australian space startup, Fleet, has secured $5 million in funding to launch a constellation of nanosatellites that will connect the world’s 75 billion devices by 2025.

Fleet is creating nanosatellite technology in partnership with leading aerospace engineers and will launch the first of more than 100 planned satellites next year. Once launched, the satellites will create a global network that will be free to use by sensors and devices worldwide.

The company said the size of its nanosatellites means they can be produced at a fraction of the cost of traditional satellites.

‘There’s so much talk globally about the potential of connected devices, but little action being taken to make this chatter a reality,” said Fleet’s CEO and co-founder, Flavia Tata Nardini.

“We’ve been designing a technology infrastructure that will underpin the new industrial revolution. It will connect all corners of the globe to create a digital nervous system of devices.

“We chose to launch in Australia as our nation is home to many of the industries that need this type of technology the most. Farmers, environmentalists, mining and oil engineers, and logistics professionals will all greatly benefit from the data and opportunities a switched-on planet produces.”

Nardini expects the technology to make tangible efficiency improvements to the way industries operate and address issues. This could be measuring the effect of climate change on outer corners of the Great Barrier Reef or tracking cargo such as aid as it is sent across the Indian Ocean.

Atlassian co-founder and Fleet investor Mike Cannon-Brookes said: “They’re rare, but every so often an idea crosses your path that really gets the adrenaline pumping. Fleet answers one of modern society’s most difficult but important questions: how do we bring all the devices and technology we’ve created together to work as one?

“Once live, Fleet will solve an innumerable amount of the world’s problems as it enables the potential of technology to be turned on. Fleet is a prime example of Australian-led innovation at its best, and I can’t wait to help it influence the global economy for the better.”

Fleet was established in 2015 by Nardini, a space engineer who worked at the European Space Agency and Dutch research institute, TNO; Dr Matthew Tetlow, an aerospace engineer; and entrepreneur, Matt Pearson.