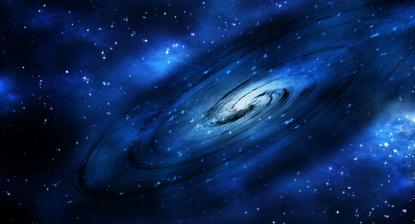 Swinburne University of Technology has paid $4 million for a supercomputer to support its groundbreaking research into astrophysics and gravitational waves.

Supplied by Dell EMC, the OzSTAR supercomputer will be used to by the ARC Centre of Excellence for Gravitational Wave Discovery to understand the extreme physics of black holes and warped space time.

The machine uses Dell EMC’s PowerEdge R740 server technology and will provide more than 1 PetaFLOPS of capacity, or 31 million years of calculations in one second.

It will process large volumes of data from Advanced LIGO, the observatory that first detected gravitational waves, to search for new examples of merger, explosions or evidence of ‘1cm mountains’ on nearby neutron stars that cause deviations in space-time.

OzSTAR will also crunch data from the Square Kilometre Array, a multi-radio telescope project with facilities in Australia and South Africa, as well as serve astronomers at Swinburne who calculate theoretical models.

It will incorporate the GPU Supercomputer for Theoretical Astrophysics Research (gSTAR), operating as a national facility for the astronomy community funded under the federal National Collaborative Research Infrastructure Scheme in cooperation with Astronomy Australia Limited.

Albert Einstein first predicted gravitational waves in 1915 in his theory of general relativity – describing how gravity warps and distorts space-time.

This demonstrated that time and space can be stretched and compressed by the passing of gravitational waves, which inspired discussion about other predictions of general relativity such as the nature of space and time in the vicinity of and within black holes, the university said.

“Discovers like this don’t occur every day and we have now opened a new window on the universe. This machine will be a tremendous boost to our brand new field of science and will be used by astrophysicists at our partner nodes as well as internationally,” said Professor Matthew Bailes, director of OzGrav, Swinburne University of Technology.

“We will be looking at gravitational waves that help us learn more about supernovas, the formation of stars, intergalactic gases and more,” said Bailes.