Hundreds lose their phone numbers when migrating to NBN 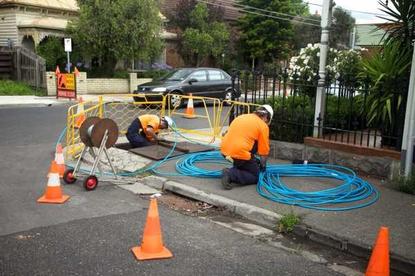 Hundreds of consumers and businesses moving to the NBN lost their phone numbers in the process, according to a report by the Telecommunications Industry Ombudsman (TIO).

Between July and December last year, the TIO received 661 complaints from residential consumers and small businesses about telephone number problems relating to services delivered over the NBN. The incidence of these complaints correlated with closely with the rate of the NBN rollout.

The Ombudsman said while these losses do not occur frequently, number loss has the potential to cause significant detriment to residential customers and businesses that rely predominantly on fixed line services.

In October last year, after noticing this pattern of complaints, the TIO wrote to 23 retail providers of NBN services to better understand the circumstances behind the complaints and what providers believed to be the underlying causes. All providers contacted had at least one compliant to the Ombudsman from a number that had been lost during the migration to the NBN.

“While responses from providers varied, some common themes emerged,” the TIO said.

“The providers surveyed acknowledged telephone numbers are sometimes lost whether the residential consumer or small business seeks to change providers or stays with a provider when migrating to the NBN. The majority reported most lost numbers are ultimately retrieved.

“Retrieval can take time and be disruptive for a residential consumer or small business. Sometimes, the number of be permanently lost,” the TIO said.

The TIO has four recommendations for service providers to reduce the incidence and impact of the loss of a telephone number during a migration to the NBN.

Firstly, it is asking retail service provider to amend the NBN customer order process to prevent number loss by requiring consumers to opt-out of keeping their existing fixed line telephone numbers after NBN migration rather than opt-in.

If a consumer has not opted out, requiring the consumer to provide the current 10 digit telephone number they wish to retain before the NBN service order can progress, they should provide clear advice for a consumer to keep their current landline service active until the new NBN service is connected. This includes providing a warning that the consumer will lose their telephone number if they request a disconnect prematurely, the TIO said.

Secondly, to reduce confusion and to promote action by consumers, retail service providers should ensure their advice to consumers about a particular location’s existing network switch off date is accurate and consistent with NBN Co’s advice, the TIO said.

Thirdly, before disconnecting an existing fixed line phone service as part of migration to the NBN, retail service providers should have procedures in place to confirm that the consumer has an active NBN connection.

Lastly, the TIO is asking retail service providers to enhance communication pathways between each other to reduce the incidence of the loss of telephone numbers during the number transfer process and facilitate the retrieval of disconnected numbers.