Can CIOs retool IT to fit into a robotics world?

CIOs are failing to radically make automation a strategic competency 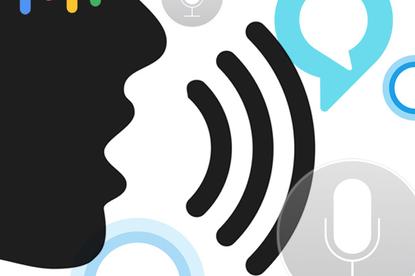 Robotic Process Automation (RPA) is flourishing in Australian industries, with 72 per cent of businesses claiming RPA has saved more than 50 hours per employee, per month.

Commissioned by Automation Anywhere ANZ, Forrester Consulting surveyed 211 enterprise decision makers and influencers (in banking and financial services, energy and utilities, government and telecommunications sectors) to understand the scale and maturity of RPA adoption in ANZ.

The efficiencies driven by RPA have a direct impact on the happiness and engagement of human workforces in ANZ. Especially as today’s businesses face the challenge of an ageing workforce; where one in three people will be over the age of 60 by the year 2050.

There’s also a shortage of mass skills and increased levels of customer expectations for personalised experiences. In this environment, the rise of software bots to take the mundane, process-intensive work away from human workers has proved a golden ticket for businesses in ANZ.

Across all industries surveyed, the use of RPA in IT operations to drive efficiency for IT helpdesks and standard IT tasks remained consistent, according to the research. However, across energy and utilities telecommunications, banking and financial services, and government sectors are unique use cases for RPA that extend beyond IT.

“However, to play this role effectively may require radical retooling to make automation a strategic competency -- many CIO’s will fail to do so,” he said.

“Specific to RPA, we advocate a light and federated operating model within which business focuses on design and tech focuses on control (engaging stakeholders and ensuring delivery).”

“The CIO is in a unique position to create alignment across different teams that are a part of the automation framework,” he said.

“In order to be successful in the age of automation, IT will need to step up and retool itself to be more flexible, nimble, collaborative and attuned to business.”

Particularly with regards to culture, the CIO’s organisation is in a good place to be the organisational steward for culture change and to support growth of the ‘robotic quotient’ of the organisation, said Joseph.

“This requires the CIO to reimagine their function, and to move from being an operational order taker to becoming the steward for automation,” he said.

Among the early and experimental adopters of RPA in ANZ, 65 per cent have already begun – or are planning to layer artificial intelligence (AI) in their RPA processes.

For industries focused on customer support, natural language processing to analyse customer inquiries is the most common use case.

The survey also showed energy and utilities companies can prove use cases for both customer support and operations; while the telecommunications sector reports primary RPA use across HR processes and customer support.

In government, RPA frees up employees that used to be deeply involved in tactical tasks and complicated processes to focus on important policy making and strategic initiatives.